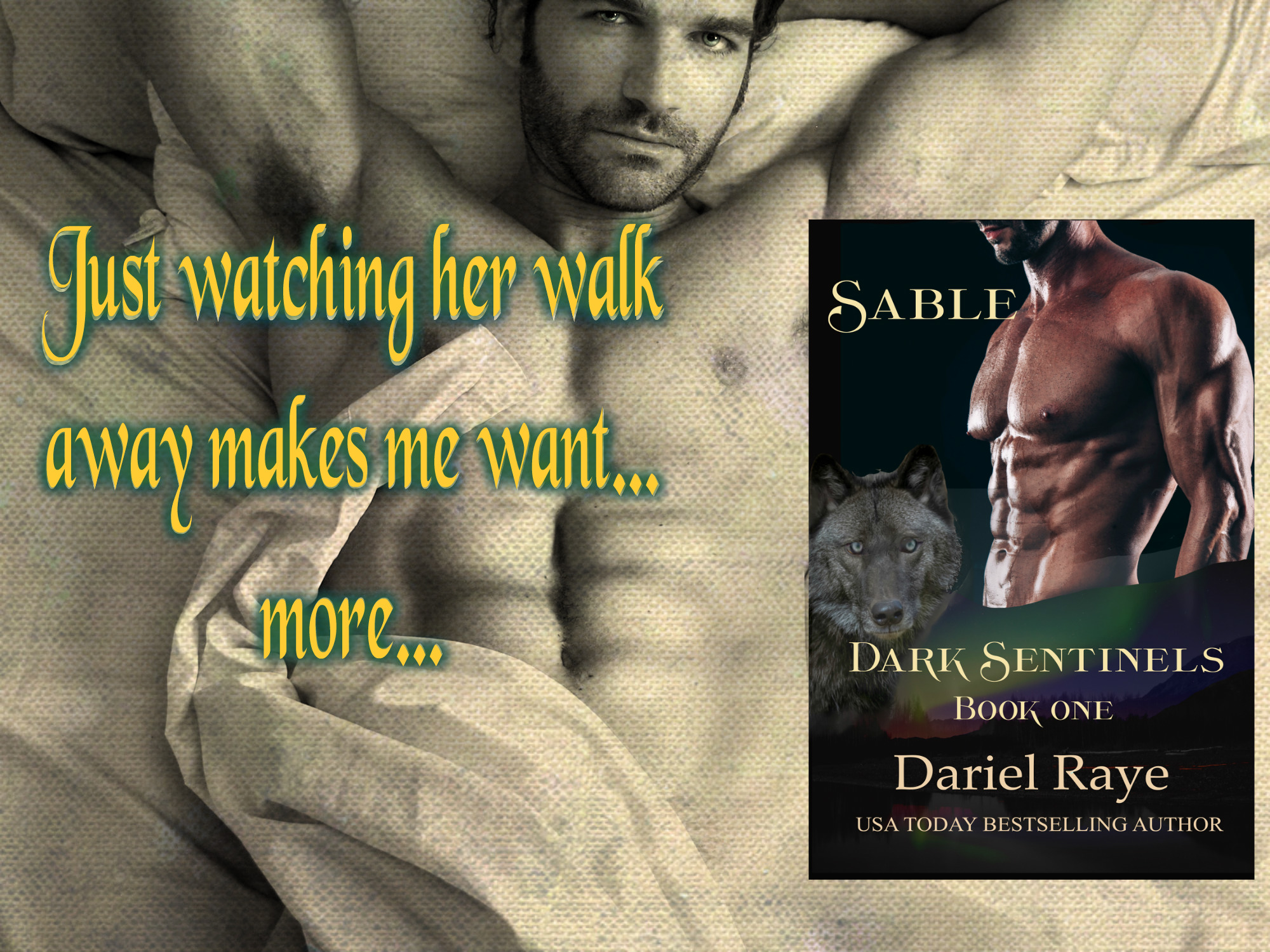 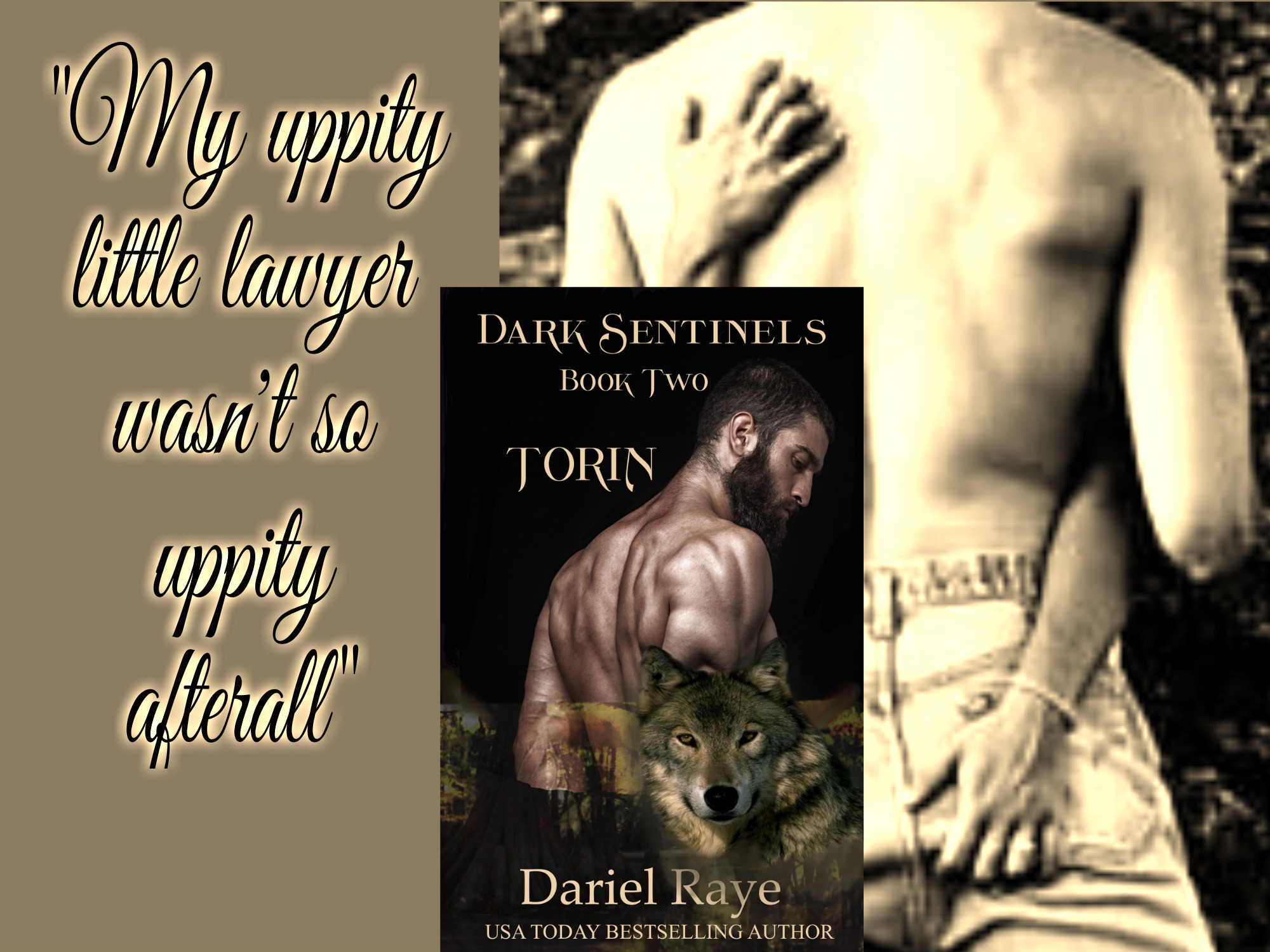 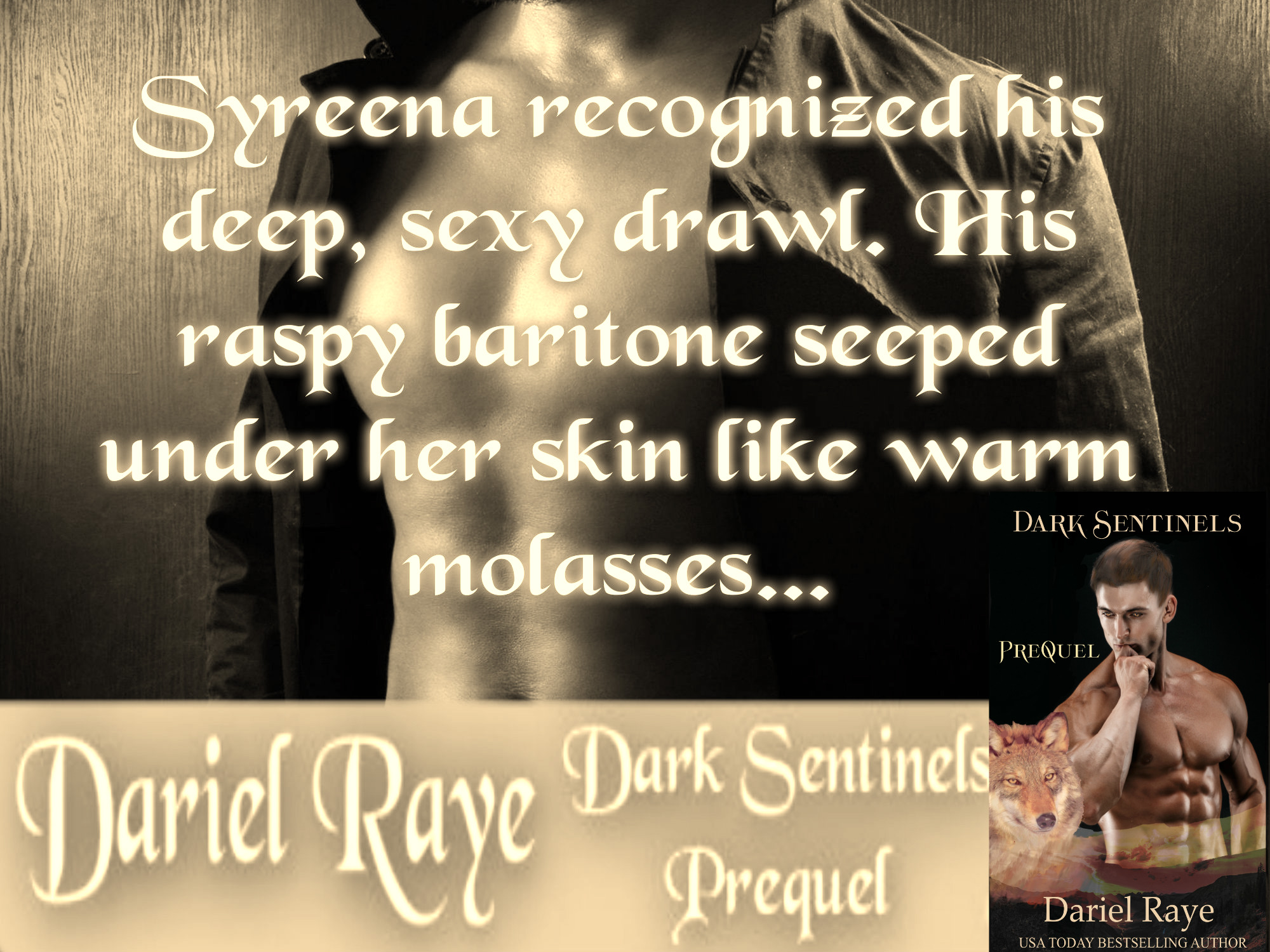 Who Are the Dark Sentinels

Who Are The Dark Sentinels?

They lived millions of years ago, fatalities of fear and prejudice. Now, answers to a prayer for survival, they are among us again. Other shifters were nearly extinct, murdered by the thousands at mostly human hands. Capable of shifting at will, without the aid of the moon’s phases, they were born to protect them…and us. Bigger, stronger, faster, and longer living, with highly developed preternatural abilities, they are prized outsiders among their packs. Prized for their ability to protect, yet destined to live as outsiders because of the very differences necessary to prevent the pack’s extinction.

Born to stand at the crossroads between pack-members and their slaughterers, Sentinels quickly learn that they are on their own – a different species. Born in human form, only two are born to each pack, male and female alphas, brother and sister. Pack members deny them mating privileges within the pack based on fear. No female wants to bear a sentinel because their lives are constantly at risk. When danger comes to the pack, they are on the front line, considered expendable.

When they reach mating age, they leave the pack for a time to find a mate. What happens when a sentinel develops feelings for a human? Why now? Only two sentinels have the answers to these questions – Vadrien Parrish and his twin sister Patrice – and they have their own reasons for remaining silent. What happens when malevolent scientists learn how to strengthen humans by using sentinel blood?  As you can imagine, with their feral nature barely beneath the surface, their wolf barely sheathed, dark sentinel passions run high. Touch, affection, and loyalty are necessary for their survival, and they are willing to go to extraordinary measures, risk everything, and break every rule for love. 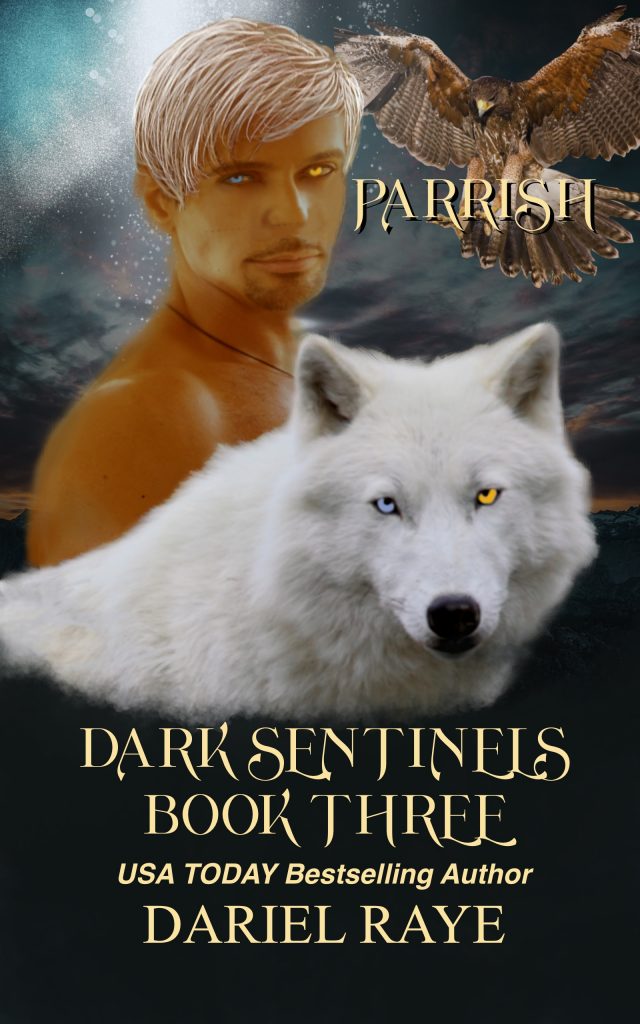 The brush of her fingers, one accidental touch, and he’s caught up in a world with which she is all too familiar.
Dana Rainwater is dying. Taking leave from the pop-gospel stage to live out her final months in peace, she visits a remote area to commission the designs of a famous, yet reclusive architect few have ever seen.

Wolf sentinel shifter Vadrian Parrish is a renowned architect whose nature-inclusive designs have earned the title of “Healing Plans.” Born to a high calling, his disturbing visions render him nearly inaccessible to others, but one accidental touch draws him into another nightmare, one he’s not sure he wants to escape. 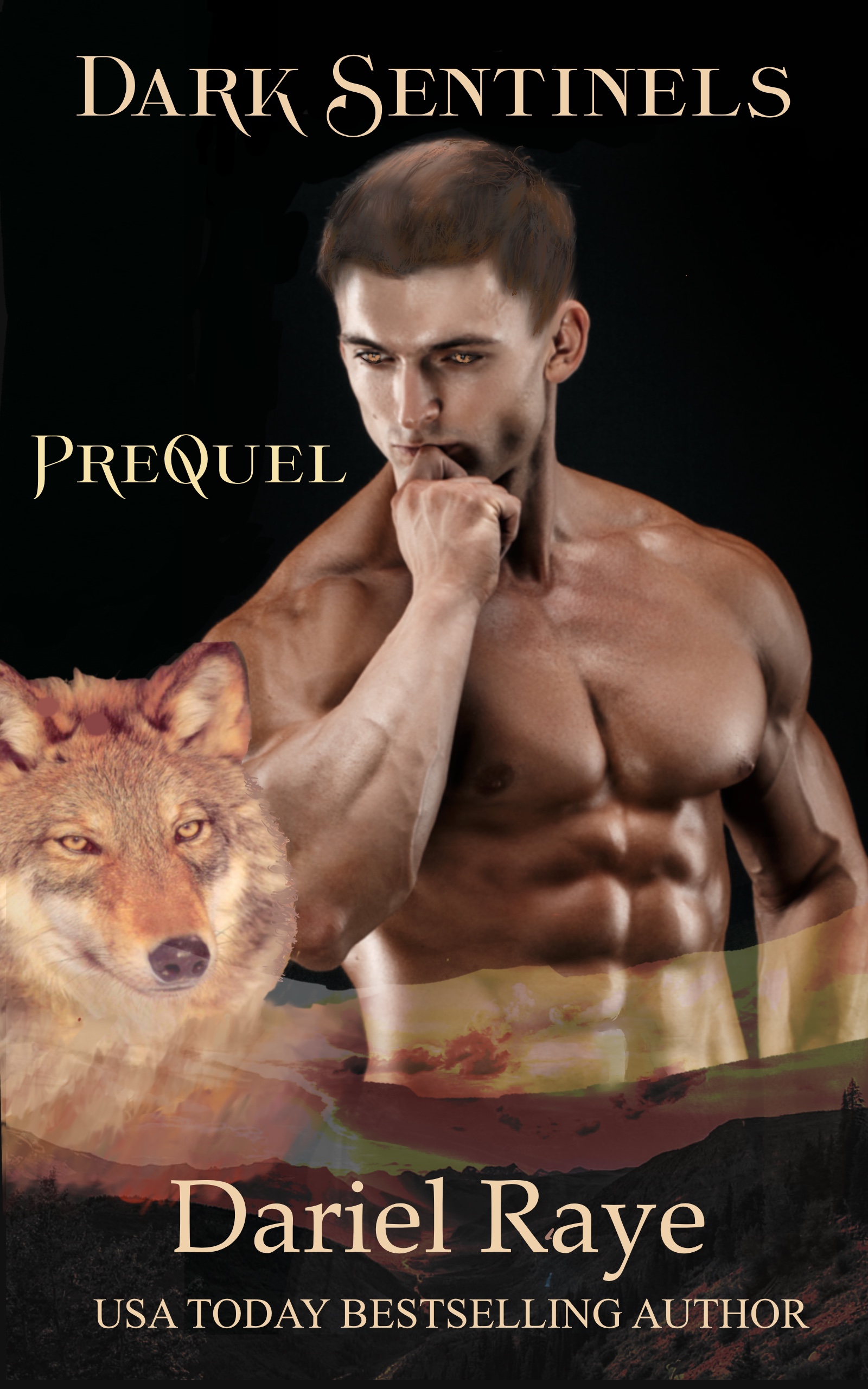 Sometimes a girl has to go the extra mile to capture the man she loves, especially when she’s a sentinel wolf shifter from Washington state with no possible mates for miles.

Orphaned in childhood, Dr. Syreena Adler learned at an early age to depend on her twin brother, Sable, and herself, but phone conversations with a Georgia sentinel she’s never seen spark unexpected desire. 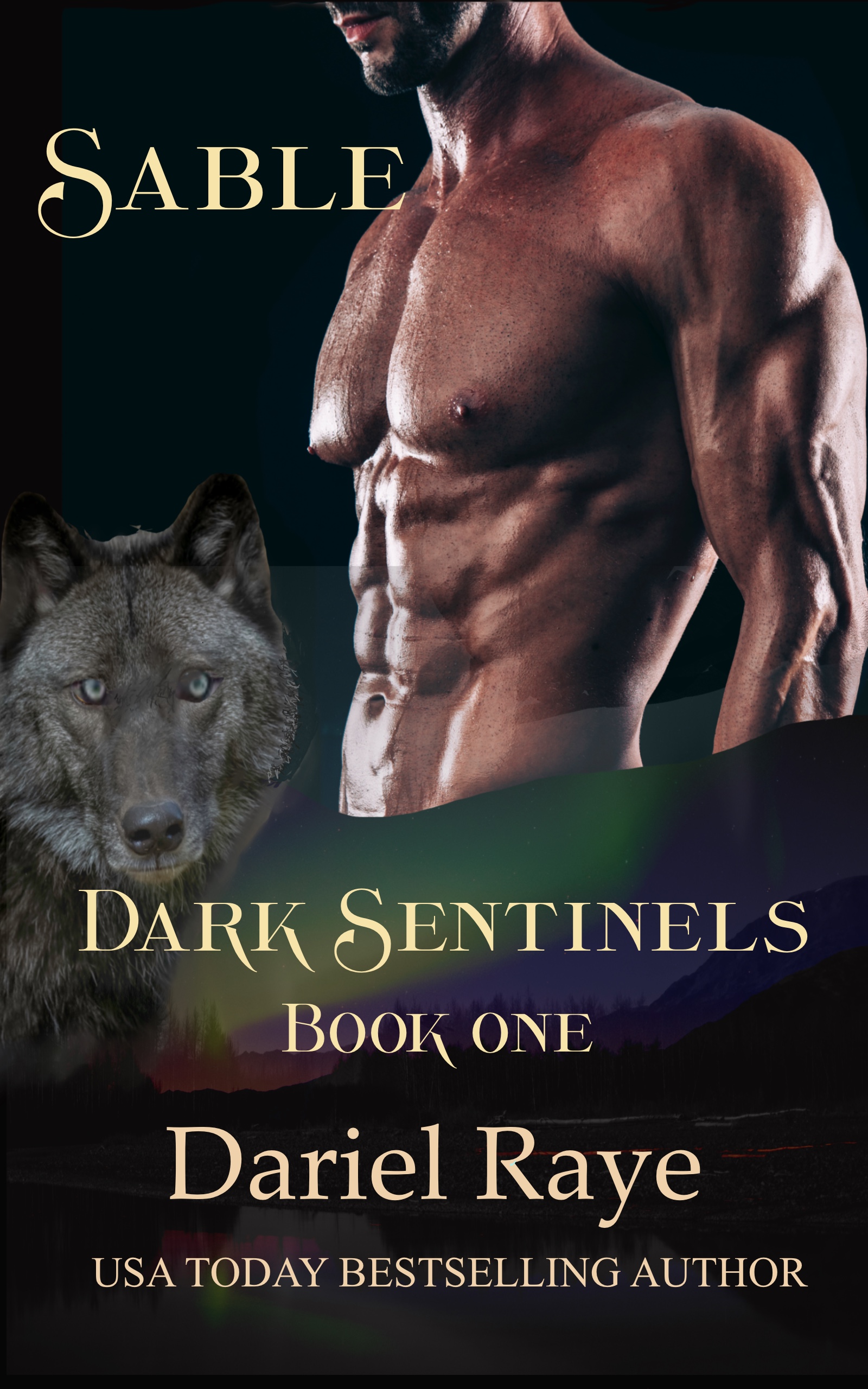 Sable, a sentinel wolf shifter, is captured and locked in his wolf form until Akila, a veterinarian, tries to tame him and unleashes a 6’5″ baby blue-eyed surprise.

Dr. Akila Marshall is a veterinarian with a calling – save as many stray animals as possible. The only child of wealthy, yet distant parents, she’s convinced that love is not for her. Until… 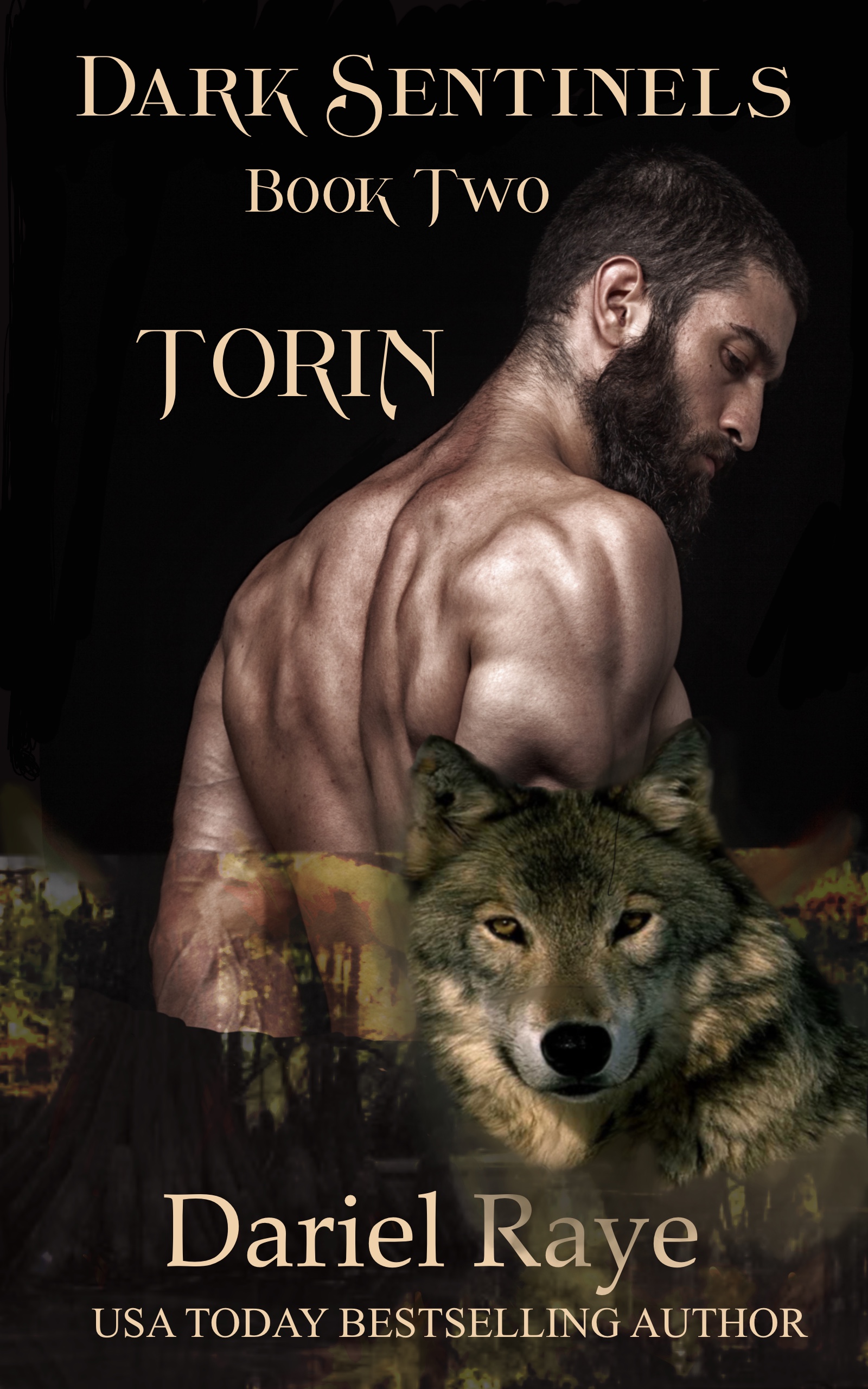 When greedy land developers set their sights on Dark Sentinel land, Torin turns to attorney Stephanie Bates for help, but she’ll need his protection to stay alive long enough to save his land.

Torin DuMont is a forensic scientist who chose the profession to avoid dealing with people as much as possible. Raised by a stepfather who hated him, he’s been forced to live a life of solitude, fueled by anger and distrust. When wolves and shifters start turning up dead, Torin must battle an enemy bent on destroying those he was born to protect. His greatest challenge, however, is Attorney Bates and the surprising effect she has on his heart.