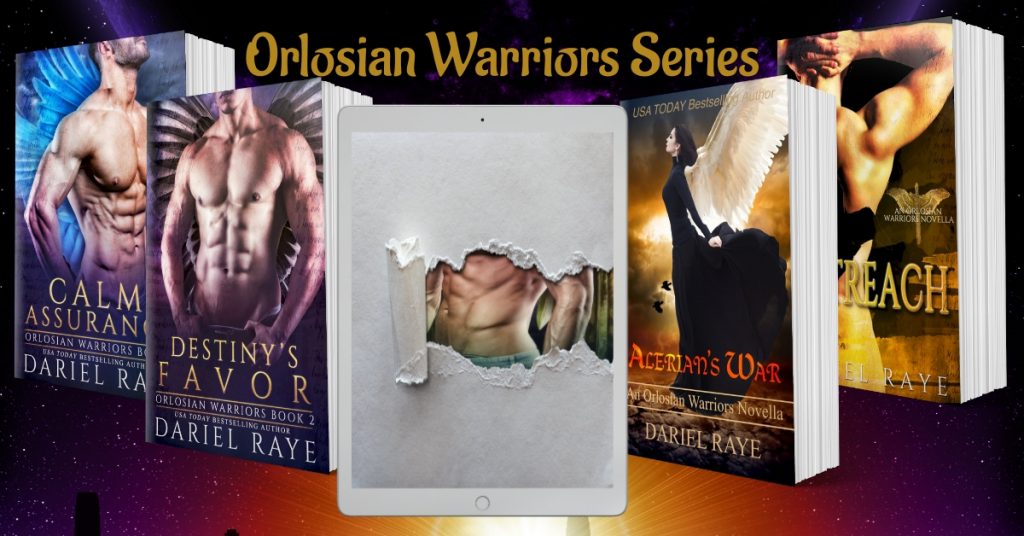 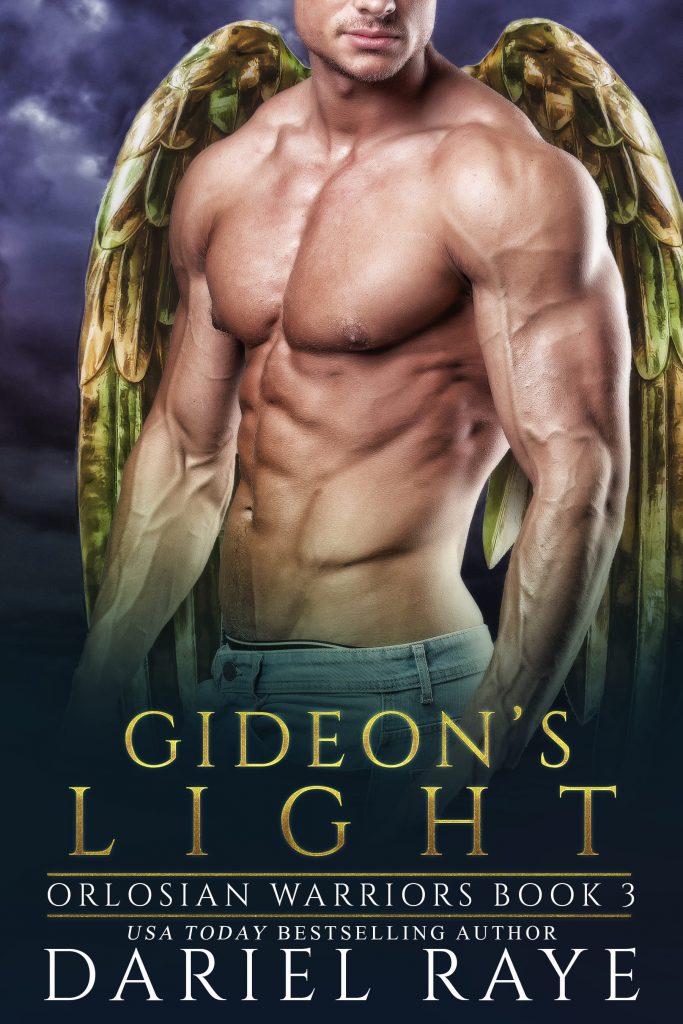 Iris placed his meal in front of him and took a seat on the other side of the bar. She placed her hands palm-up, just above the bar, and closed her eyes, beckoning for him to join her.

“Give me your hands.”

Gideon placed his hands over hers, dwarfing them noticeably. He frowned, curious about what she was doing.

“Thank you for the food we are about to eat, and thank you for my new friend, Gideon. Amen.”

Iris shrugged. “I always thank God before I eat. Guess my adoptive mother taught me well.”

He wanted to ask her about her God, wondering if she, too, served the One God, but chose to ask about her parents instead.

“Classic orphan story. Someone placed me on the steps of a church, so the people who raised me are not my biological parents, and before you ask, I have no idea who my real parents are. I never bothered to look for them. I figured if they didn’t want me, it didn’t really matter who they were. I didn’t want them either.”

Gideon tilted his head slightly, sensing her poorly veiled pain. Her cavalier statement did nothing to shield her feelings of abandonment. He understood. His father had never claimed him, and questions about his direct bloodline had haunted him throughout his life. “I find it strange that you are so inquisitive about everything else, yet you show no curiosity about your lineage, when it is common for humans to know their parents.”

She offered a quick smile. “This is different, Gideon. The Johnsons are the only parents I know, and I’ve never had any desire to find out why I’m so unwanted that my own biological parents didn’t even bother to keep me.”

He heard the pain in her voice – ancient unshed tears. Gideon knew the feeling well – no home, never truly belonging anywhere, constantly reminded of being different.

He rubbed his chest absently as he watched her, a tightening sensation near his heart prompting his attention.

He wanted to comfort her, but had no idea what to say or do. In his world, they rarely knew their biological parents. They usually knew who their mothers and fathers were, but there was very little contact. Trained to be warriors from the time they could walk. This was his reality, but even among his Orlosian brothers, he did not fit.

Gideon looked away, attempting to control his carnal thoughts. His inclination to comfort Iris had increased the fire he felt whenever he was around her. In his years as a seeker, he’d been exposed to human females, but the desire to possess one had never surfaced, and he had never even felt the inclination to return to a prima to sate himself. Until now, he thought he had no feelings to sate. The feelings he had for Iris were unexpected, shocking in their potency.

Iris shook her head. “I don’t know why I told you that.”

She removed one of each chess piece from the board, demonstrating how each piece moved while telling him what it was called. As soon as she finished introducing him to the last piece, the pawn, he pointed to the queen.

“This game is much like reality. The only female, surrounded by many males, is the most valuable.”

Iris shook her head. “Well, actually the king is considered the most valuable.”

Gideon’s gaze narrowed. “That assumption does not follow logic. He cannot be more valuable because without her, he is lost. He no longer has a reason to protect himself, to live. Where I am from, there is only one female for every 500 males, and warriors like me have no one. Our females are life-giving, precious. Without them, we would cease to exist.”

Iris could hardly close her mouth, shocked and moved by his revelation, more questions forming, multiplying.

“No. A female would be wasted on me. I am only a warrior – always expendable.”

Before she could respond, he motioned toward the game. “Let us play.”

Gideon’s matter of fact assessment touched Iris, his heavy voice tinged with sadness. She wanted to know more about him. “Since this is your first game, you can make the first move.”

After moving his pawn, Iris noticed Gideon seemed to be waiting for her to start eating, so she obliged him, cutting a piece of steak and popping it into her mouth.

He frowned slightly, but followed suit, hesitating when he picked up one of the shrimp.

Iris picked up a shrimp and removed the shell, demonstrating again.

“I take it you don’t eat steak and shrimp where you’re from?”

“No.” He smiled, his bright green eyes lighting up the entire room and turning Iris’s insides to liquid.

She watched him, so mesmerized by his humility coupled with the power he exuded, she didn’t notice she’d stopped eating, gazing at him with her chin resting in her palm, elbow propped on the table.

Embarrassed, she laughed lightly and glanced down at her plate.

She moved her knight on the board, capturing one of his pawns. “So, do you like it?”

“Yes. It seems I like everything that is forbidden.”

He wasn’t a big talker by any standards, but the innuendo in that statement was impossible to miss.

She remained silent for a time, deciding what to ask him next, and quickly noticed his mastery of the game, his moves those of a chess master as he cornered her. Am I one of the forbidden things you like?

“What? I thought you’d never played before!”

Gideon glanced at the chessboard before gazing into her eyes, the powerful green of his eyes penetrating deeper as if he saw everything, every fear, every desire, every secret.

He shrugged. “This game mimics my life. I have had more practice in battle than you could fathom…and I read the directions while you prepared our meal.”

Iris frowned, not used to being beaten so quickly, then threw her hands in the air. “Who cares about the game? Tell me about your life.”

She wanted to dive across the table and taste every delectable inch of him. The desire was so foreign, the images in her head embarrassed her, so vivid she felt like they were projected on a big screen for Gideon to see. Surely visions and feelings so intense could not be confined to her mind alone.

Iris busied herself with the chessboard, arranging the pieces in starting position again instead of looking at him when she spoke. “Everything.” She tried to keep her voice light, whimsical. “Start by explaining the whole ‘my grandfather was an angel, but I’m not’ thing. That sounded pretty important.”

Iris stood, removing their dinner dishes from the table, questions tumbling over one another as she became overwhelmed by the enormity of the situation again. Gideon hadn’t been particularly forthcoming with information about himself so far, but one question stood above the rest.

He brushed her hand, the heat from his body enveloping her when he suddenly transported behind her, his chest touching her back. “I have considered the same thing. I do not know, but something about you draws me.” His statement was matter-of-fact. 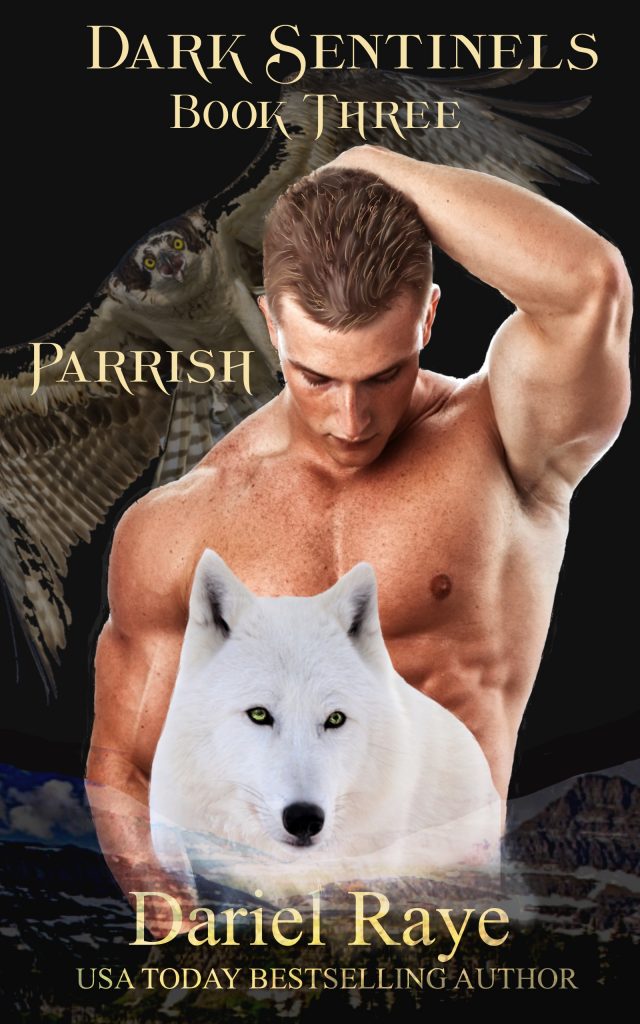 Dana Rainwater is dying. Taking leave from the pop-gospel stage, she visits a remote area to commission the designs of a famous, yet reclusive architect few have ever seen.

Wolf sentinel shifter Vadrian Parrish is a renowned architect whose nature-inclusive designs have earned the title of “Healing Plans.” Born to a high calling, his disturbing visions render him nearly inaccessible to others, but one accidental touch draws him into another nightmare–-Dana’s.

With the war against Vadrian’s people escalating in tandem with Dana’s illness, their meeting ignites events so powerful, neither of their lives will ever be the same.