10 Things We Can Learn From Our Dogs 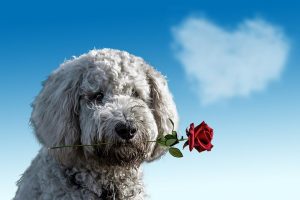 10 Things We Can Learn From Our Dogs

The last several years have been an eye opening  mixture of sadness and appreciation. Until recently, I had three large house dogs, a broad head Black Lab (girl), a Dobie/Coonhound (boy), and a Rottie mix (girl). Both of my girls died of complications from Hip Dysplasia. The Lab, Tauris (yes, I meant to misspell it to make it more feminine :-), was 12, and the Rottie mix, Isis, was only 8. My boy, Jackson, the Dobie/Coonhound died of post-surgery complications following the removal of a cancerous growth. Now, I know this is sad and all, but bear with me – there’s a silver lining. About two years after Jackson passed, I’d finally mourned the loss of all three of them enough to get a girl, a German Shepherd/Pitt Bull (Staffordshire Terrier brand), and she is a handful.

I hear people say all the time that they don’t want anymore pets because it hurts so much when we lose them, but think about that for a minute – suppose we said we didn’t want to love people anymore because it hurts so much to lose them! I have always loved and admired animals, and they’ve always been an integral part of my life, so I can’t imagine living without them. They add so much to our lives, particularly when we pay attention to them. So, all that said, let’s talk about some things we can learn from dogs (translated, silver lining)…

10.Last, but certainly not least…It’s not all about them; It’s all about you. As mothers, we get a taste of that, but we’re the ones giving the unconditional love in that instance. In fact, I think dogs and mothers are the only sources of unconditional love in the human realm, and not all mothers are even capable of this amazing gift. It’s still one of a dog’s most admirable traits, if not the most endearing. You are the center of their universe, because of that they forgive you for anything, and it’s that unconditional love that allows them to wrap their paws around our hearts forever 🙂

Make the most of every day with your pets so you don’t have to regret anything. Take them for rides with the windows rolled down as far as they safely can be, go love on them and find all their “happy” spots – you know, the ones that make them shake their back legs and roll their eyes back in ecstasy. LOL When I get teary about the wonderful pets I’ve lost, it’s those things that give me comfort. They most definitely deserve all the love we can give them.

I’d love to hear about your pets, and feel free to share pics with me on Facebook