“A Darker Shade of Evil” – “The Devil Upstairs” 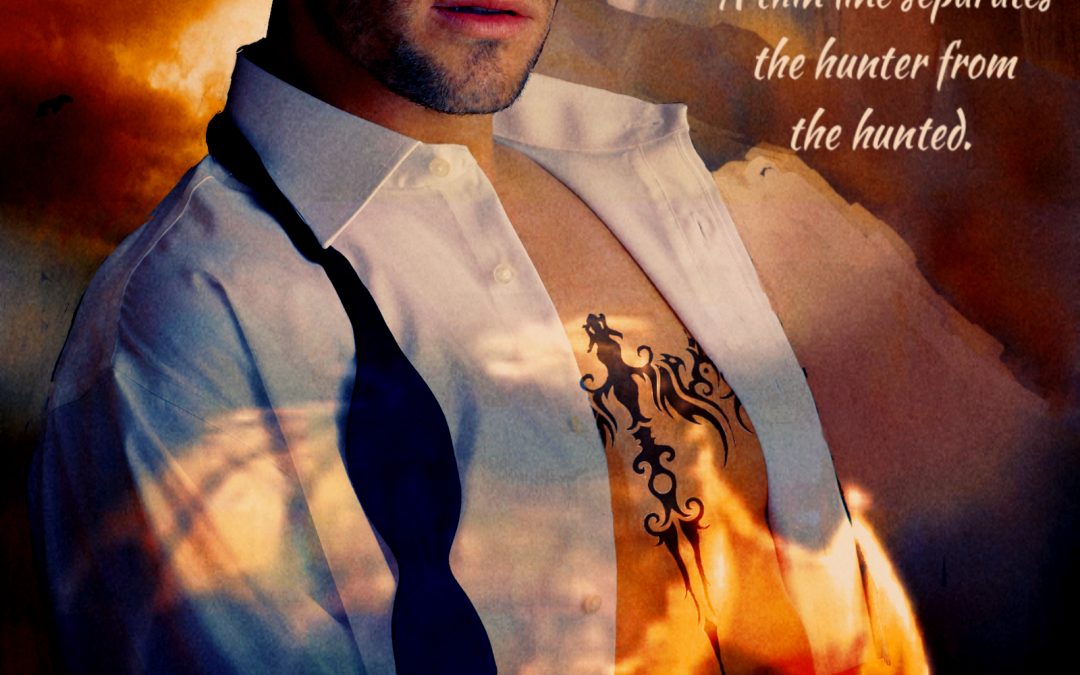 A thin line separates the hunter from the hunted.

An ancient being, the last of his kind, a fiery woman sought by evil…and the story begins…

Charged with shielding the souls of the Chosen from demons, Gateway is of an ancient race, the last of his kind. A lifetime of fighting evil, a lonely existence has left him jaded, hardened, and from his perspective, there’s no such thing as a happy ending.

An orphan with anger issues, Katrina Hollinger has just lost another job because of her temper, a pile of “PAST DUE” notices are piled up waiting for her on her kitchen table, including an eviction notice, and to complicate her life even more, a tall stranger with major control issues seems to be trying to take over her life. To make matters even worse, he’s the spitting image of the man in her fantasies – just in time for Christmas.

The moment these two meet, the course is set for a ride beyond anything either of them could have imagined. They will both have to sacrifice their tenuous hold on reality and take major risks to come out intact.

I pressed my shoulders against the earth as it shifted around me, packed at first, then giving slowly. Keeping my mouth closed, I was grateful to whatever or whoever made me for the gift of not needing to breathe while in this state. Gratitude was not something I felt often. One quick intake of the putrid air proved I didn’t want more, so I exhaled, keeping the acquired human-like habit at bay.

I couldn’t be certain why I had been awakened after what must have been a very long time, but they usually woke me when it was time to fight again. I could feel the passage of time in my bones, the stiffness of my limbs proof of disuse. Yes, this form had been dormant for years, and my first order of business would be to find a new one.

I forced the earth away and burst through the soil, splintering the wooden box as I rose, keeping my eyes closed along with my mouth. I absently wondered what I would find this time; what had become of this place since I last walked among its people. The loud, high-pitched calls of hawks and ravens greeted me. Animals always had a way of knowing when an even more dangerous predator arrived on the scene.

I shook the earth from my body and opened my eyes, relieved to find that at least my cave remained unchanged – pitch black, secluded, and barren – the image of its sole occupant. Far from civilization, I shifted into my eagle form. Two things were paramount: finding sustenance, and replacing this body, and I prepared to take care of both of them at once.

Things had changed. The others were gone, and I, the son that even history forgot, was the only one left. A mixed bag of emotions struck me – relief, satisfaction, and the one that surprised me most, sorrow. I dropped to the ground behind a clothing store, stretching my newly acquired human form before conjuring clothing similar to what I had seen during my flight.

Red and green lined the streets as far as I could see. Trees with silver and gold lights, ribbons and bows, candy canes, angels, even crosses filled the windows of shops and apartment buildings. Doing a double-take when I saw the crosses, I shook my head.

“Such a waste of time and energy. They do not even allow the poor babe to be born before they revel in his death, and they insist on celebrating his birth on the wrong date. Every fucking year I am bombarded by these hideous reminders,” I mumbled, unable to help myself. I knew the true story, but as people rushed along the sidewalks and streets, in and out of shops, carrying bags on both arms, memories invaded my thoughts. The ridiculous scene took me back to a dark place, and once again I relived the nightmare behind my hatred for this time of year, the night I became what I am.

Returning from a hunting trip with my younger brother, Stefan, I stumbled over the ravaged body parts of my entire village – my mother, father, and sister among them.

There was no time to mourn, only to act. Stefan and I knew the murderers. “Adrian! I’ll go this way and cut them off.”

“No, Stefan,” I commanded. “We confront them together.”

The evil bastards had murdered our entire village while we hunted, all because the guards had been lured away by their demonic ploys. I learned later that the demons had taken the form of humans, telling the guards that vampires, also our natural enemies, were on their way to attack our village.

That night, the vampires were the least of my concerns. Demons were the enemies our rivaling races shared.

Against my orders, Stefan shifted to his wolf form and dashed into the mountains ahead of me.

I shifted as well, desperate to catch him before he got himself killed and left me completely alone, but it was too late. I arrived to find his ravaged body in pieces, strewn about the mountain, the image of his bright red blood against the luminous green of the mountain grass burned into my memory forever. Returned to his natural form in death, his dead eyes looked up at me in silent apology.

Rage overtook me and I shifted from the wolf to my lion form, unable to think of anything other than killing and death. I would avenge my family, my race, no matter what.

It had been a royally jacked up day…again. I’d mouthed off one time too many at my ass-hole boss, so I was jobless with only ten days to pay my rent or I’d be homeless for the holidays on top of everything else. No, I’m not sentimental. If not for the cold, the time of year wouldn’t have mattered to me in the least. Yeah, freezing to death outside is not on my bucket list.

Taking my precious time, I gathered the few things I kept at work and still cared about and marched toward the exit. Before I left, I just had to give my former boss one last glare.

It took every ounce of self-control I could muster, and unfortunately that’s not saying much, to keep from throwing something at his shiny, bald head. I was cool, though, turned the back doorknob and used my knee to shove it open.

Once outside, I exhaled, then slid into my trusty second-hand Honda CRV. My itchy fingers couldn’t wait, so I hit the call button as soon as I sat behind the wheel and called my friend, Shell. “Hey. Can you talk?” I whispered when she answered because in my mind, whispering made it okay to call her at work in the middle of the day.

“Um, yeah. Give me a minute to clock out for break.”

The voices in the background reminded me that it was just after 1 p.m. and some of the restaurant’s lunch diners were still hanging out. A few minutes later, I heard the door opening, then the chaos of cars passing as Shell stepped outside. “What’s up?”

“That dirty bastard fired me.”

Before I could launch into details, Shell sighed and asked her usual question. “Kat, for crissakes what did you do this time?”

“Nothing. Why do you always assume…”  I caught myself just in time before sounding like one of those life-time criminals who claim they’ve never done anything wrong and they can’t imagine why the whole world is persecuting them. “Well,” I continued, owning up to my stuff. “I know I need to get a handle on my temper but he deserved it. I’ve been sick of him hitting on me for the longest, and today just wasn’t the day.”

“I can’t float you much right now. With Christmas right around the corner and you know I’ve gotta get the kids something so—”

“Did I ask you for anything? I’ll be fine. Unlike you, I don’t have anybody to buy presents for. Christmas is just another spot on the calendar as far as I’m concerned. Besides, you’re the only one who cares about me.” Somehow, that last statement sounded a whole lot sadder when I said it out loud.

I laughed, cutting Shell off before she started in on me with her counseling act. The last thing I wanted was a pity party, and I damn sure didn’t need a counselor. I’d already seen more than I cared to count and none of them did any good. “Hey. Remember when the sisters forced all of us to exchange good deeds at the orphanage?”

“Yeah,” Shell joined in. “We did our good deeds for each other.” She laughed. “We had some good times there, girl. You made it good times. It’s gonna be alright.”

“I know. Hell, I feel better already. Just telling you made me feel better. Anyway, you’d better get back to work so at least one of us has a job. I don’t need money,” I lied, “but I might need a place to stay.”

“What’s that saying? Mi casa and all that. Anytime and always, girl.”

My mind was already made up before we ended the call. Right then, I wanted to go almost anywhere other than home to my depressing apartment and the loud, unappealing sounds coming from my stomach reminded me of yet another regrettable decision to skip lunch. Changing direction, I turned away from my apartment, heading towards fast-food strip.

That was when I felt it – someone was watching me.

I looked in every direction, but the people around seemed to be going about their own business. Shaking my head, I brushed it off. Why would anyone be following me? No reason. No reason at all.

In the midst of deciding what I wanted and could afford to eat, I glanced over and smiled. My plans were changing once again. Taking up half a block on the other side of the street was possibly the best night spot I’d ever visited, the perfect pick-me-up for tonight.

With something to look forward to later, I ditched the idea of wasting my pennies on fast food and headed home after all. Thankfully, I had food at home, I’d stocked up on my medicine so the migraines wouldn’t take me out, one paycheck in hand, and a final check coming in two-weeks. A turkey sandwich would do just fine for now, but there it was again, the prickling sensation at the back of my neck. I still couldn’t shake the feeling that I was being followed.