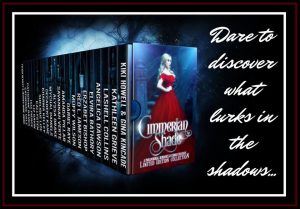 Get ready for 22 doses of hot, heart-pumping romance from the darkside with heroes and heroines to keep you turning the pages! Grab this 24-author set now for only 99 pennies! This is a limited edition, and the steal-of-a-price is for a limited time featuring stories from award winning, bestselling authors.

For your reading pleasure, we’ll be featuring each author with a story of her choice for the next few weeks. Some will include interviews, and all will include excerpts. Today’s featured author is Lashell Collins. 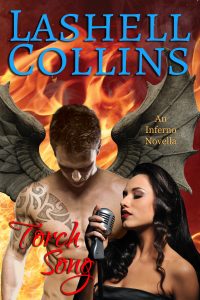 Lucinda’s in love with a dragon shifter, but will she be able to stand the heat?

Dominic Draco has no illusions about who he is. As alpha of the dragon clan, he is also the leader of the shifter Alliance, and that sometimes requires him to be ruthless. He’s a dangerous man to know. In fact, he’s a heartless bastard. That’s the real reason he’s kept the beautiful Lucinda Lindley at bay for so many years, despite the longing he feels for the lovely human singer. But in granting an old friend’s dying request, watching over Lucinda is now his responsibility. Can he keep her safe from the perils of his world when the Alliance’s enemies begin to circle? Or will Lucinda become a casualty of the shifter faction war? 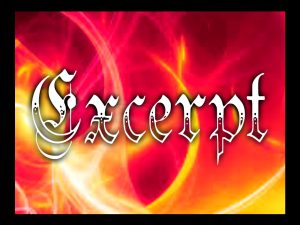 She looked down at the bouquet of flowers in her hands and smiled. Then she looked up into his eyes and took a couple of steps closer to him as a coy little smile played on her lips. “So … you’re finally admitting we’re a match made in heaven?” She reached out and ran her fingers down the lapel of his suit jacket. He was always so sharply put together, like he’d stepped right out of a GQ magazine spread.

Dominic removed her hand from his chest as he took a step back away from her. “It’s just a job and a bouquet of flowers, Lucinda. This … you and me, it’s not going to happen.”

“So you’ve been telling me since I was seventeen, followed by all the reasons why it shouldn’t.” A sad smile crossed her lips as she watched him. “But you know as well as I do that none of those reasons make sense anymore, Dom. I am not a child, and Daddy isn’t here for you to disrespect.”

Dominic frowned at her. “The man may not be here anymore, but I can still honor his memory by not defiling his daughter.”

“Defile?” Lucinda laughed, but it wasn’t the happy sort. “You have such a high opinion of me. I suppose I should be flattered, but I just can’t be. I am not that virginal fourteen-year-old girl you met all those years ago, Dominic. I was deflowered a long time ago. And you have no idea how badly I’ve always wished it had been by you.”

Dominic’s gaze dropped to the floor as he let go of a winded sigh, stunned by her confession. How many times had he fantasized about that very thing, only to feel like a perverted ass three seconds later?

“You have always been the star of every fantasy I’ve ever had.” The heavy trace of longing in her voice was evident, but it was something she couldn’t hide if she had tried. “The things I feel for you, I know I’m not feeling them alone. I see the way you look at me, and I’ve tried a thousand times since I was seventeen to tell you that it’s okay to act on those desires, but you still won’t budge.”

“You know, before … I understood your reluctance even though I didn’t like it. But I don’t anymore, Dominic. I don’t understand why you hide from me. You know how I feel, how I’ve always felt. And you want me too, I can see it! Why won’t you just take me?”

Without warning he pulled away, breaking the spell right along with their kiss, and he glared at her. “This can’t happen,” he panted. He turned and headed for the door, carefully stepping over the flowers. “The place is packed, have a good show!”

For more from Lashell Collins, visit her on the web: