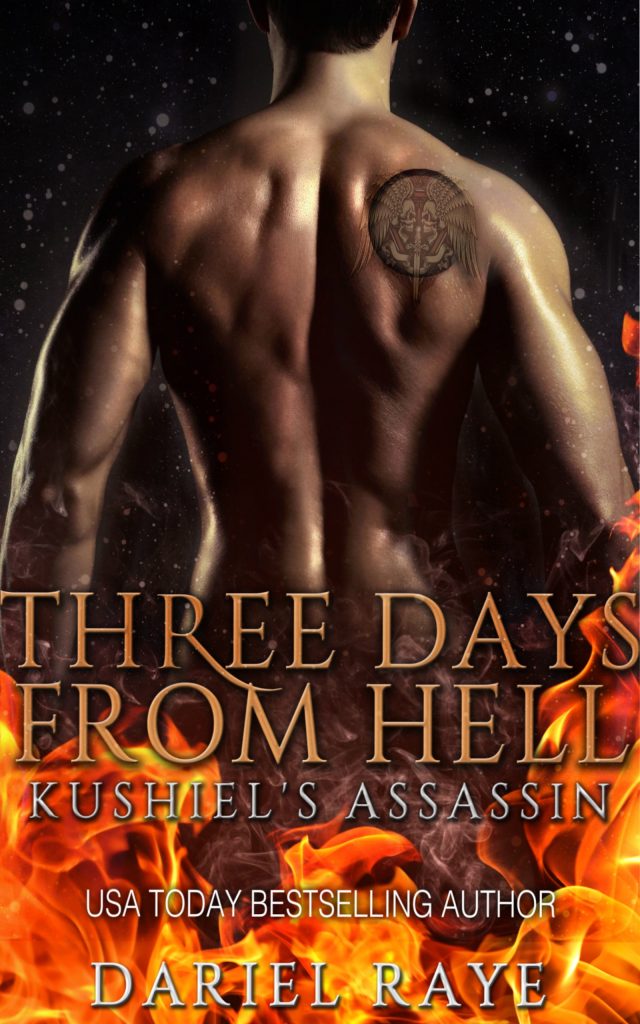 A gift, a posh bed and breakfast, and a one-night-stand with a hesitant demon on leave from Hell could be just what she needs to save her life.

Can a punishing angel, a magical matchmaker, and a few moments of passion break the chains of Hell?

Kushiel, one of three punishing angels, and warden of a special league of assassins, has many secrets. One of his best kept secrets is an assassin called Hunter.

Deemed too dangerous to live among other wards of third Hell, let alone the general population of humans, Hunter resides in an isolated corridor of Hell. Unlike most of his cellmates, Hunter is allowed short periods above-ground, three-days, to be exact, each time to rectify a horrible wrong, meting out Kushiel’s justice.

Orphaned in her teens, Anitra just wants a normal life – to feel safe – but when dark secrets rise from her past, she escapes to an exclusive resort to get away from it all.

Anitra’s inhibitions take a vacation when she meets Hunter, but can a permanent resident of third Hell be trusted?