Wings of the Wicked Excerpt: “Before the Fall” by Colleen S. Myers 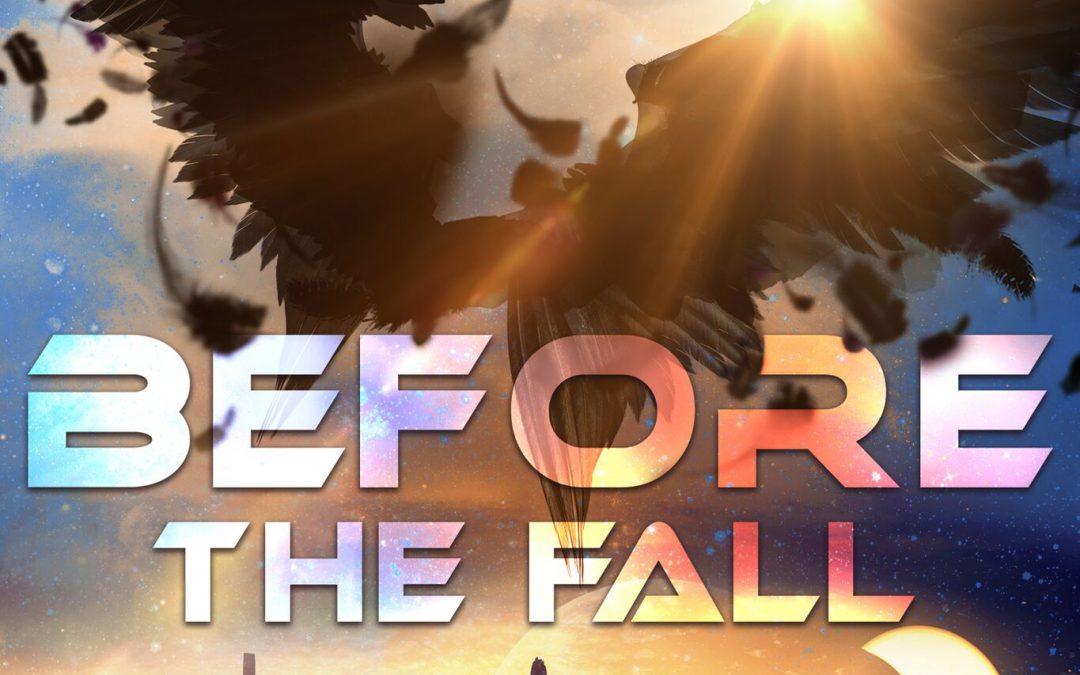 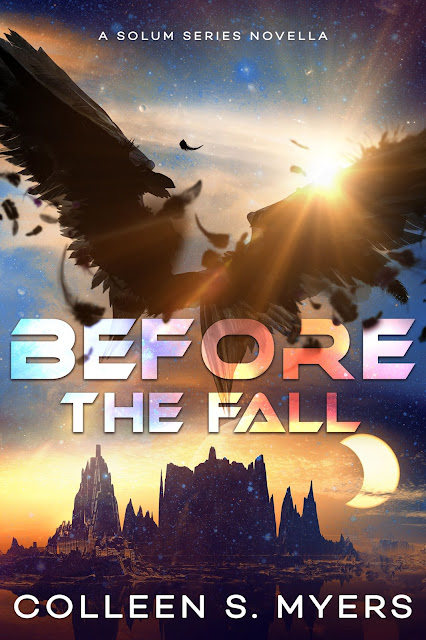 Before the Fall
by
Colleen S. Myers
@ColleenSMyers

Blurb:
We all fall down

Seri’s brother was taken by their enemies. Now he’s back and they are seizing their birthright. Good and bad. If they can survive.


An explosion rocked the inner city, shattering brick and stone. Debris fell like rain. Dust and smoke coated the morning sun in darkness. The echo of the blast rang in the air and then faded to silence. One minute. Two. Then a second detonation followed. And another, until the sounds of bombs and falling rock drowned out everything else.
Rael shoveled down his breakfast standing up in the cafeteria when the first explosion hit. Food flew. Chairs overturned. The long tables skidded across the floor into the wall and Rael slid right along with them. The floor still swayed when he managed to pick himself up. His ears buzzed and a headache spread across his forehead. He tasted copper as he balanced on his clawed toes, dark wings tucked tight to his back to protect them from falling glass. With a quick glance, he took stock of his surroundings and the destruction around him.
“Seri!”
His eight-year-old sister had trailed him to the dining hall this morning, begging to go to training with him. Where was she? Panic seized him as he flipped tables and screamed her name again and again. His gut churned. Please, don’t let her be hurt. Not Seri.
It felt like a lifetime before he saw her huddled under one of the fallen tables. Her golden wings spread out behind her along the wall, the adult feathers just coming in on the underside, dark against the light. Her hands covered her ears and tears streaked her face as she rocked in the corner. He saw no injuries, no blood. He let out the breath he’d been holding then ran over and grabbed her hand. “Come on.”
She rubbed her nose along her sleeve, tugging backward. “No. No, it isn’t safe.”
“Seri, come on now. We don’t have time for this. I got you. I would never let anything hurt you.” He leaned forward and bumped his head against hers, cooing lightly until she relaxed enough to let him pull her from her shelter. Her small hand gripped his in a death lock as he guided her toward the hallway.
Dozens of fighters decked out in light chainmail with bows strung across their backs marched past toward the entrance. He ached to join the fight but at sixteen, he was still too young.
He couldn’t believe they were under attack. The idea of it boggled his mind. His people, the Avaresh lived in the Forge, a city thousands of feet aloft, in a series of towers located high in the Adak Mountains. Sheer isolation kept them safe. Till today. Luckily, the Council always planned for every contingency given the war-like nature of their land-dwelling neighbors. The people practiced biannual evacuation drills, everyone assigned a task. His duty was the protection of the children.
Rael sighed and peered down at Seri as she moved closer and grabbed his pants.
“What’s going on Rael?” she asked in a small voice. Her eyes were bloodshot, her nose red. She had some tear stains on her leather and her hair was askew, thin pink feathery braids pulled out from her ponytail. His heart twisted. She was so damn cute. So innocent.
“I don’t know, but you know what we have to do right?” He set her against the wall, went to one knee, and tugged on a loose braid.
She puffed up her chest and replied. “We need to get to the tunnels and hide with the supplies.”
“That’s right. We need to get to the tunnels. Are you ready?” He ran his finger down her nose then squished the tip. She giggled just as he intended and nodded certain that he would see her to safety. Her little hand relaxed in his.
He stood and cursed his tardiness. He’d worn his leather gear, but had forgotten his blades. The training depot had weapons available so he hadn’t gone back when he realized. He went for food instead. So stupid. No one could have planned for this to happen, but he knew better. He was an Elite warrior, or well, he would be soon. He should’ve been armed. Lands. His jaw clenched, but he forced himself to relax and focus. His job was Seri. They needed to get to the tunnels.
He straightened and towed Seri behind him, dodging more guards going the other way while he moved toward the center of town. Another blast pitched them against the wall. His wings spread out protecting Seri, dark feathers stark against the white walls. He clenched his hands to stop their shaking as he righted them both and they continued on their way.
Before the Fall
by
Colleen S. Myers
@ColleenSMyers
featured in
Wings of the Wicked
A Limited Edition Urban Fantasy Collection Kindle Edition 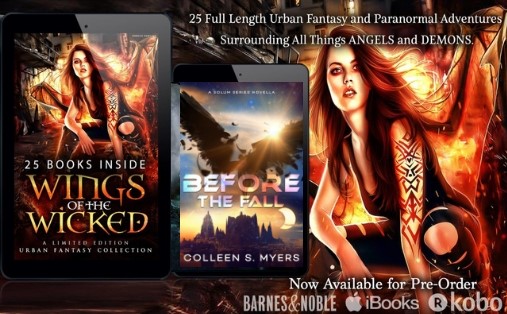