Wings of the Wicked Excerpt: “Forbidden Hallow” by Carolyn Reilly 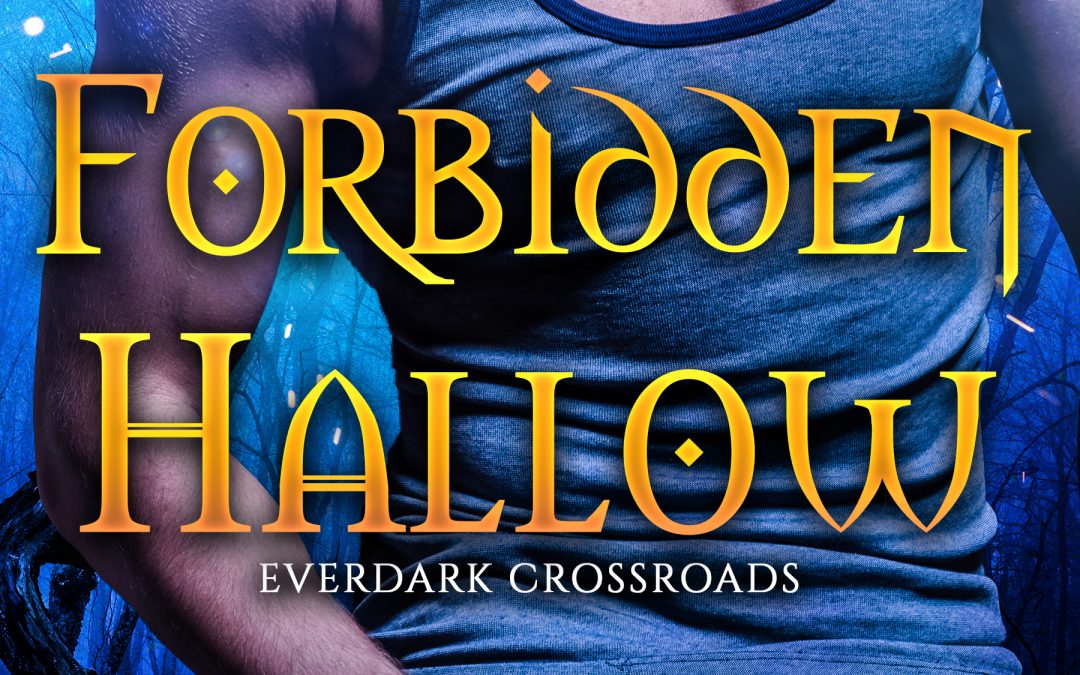 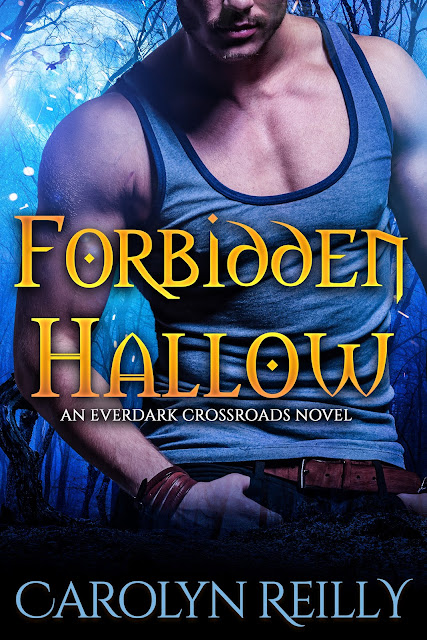 Blurb:
A demon hunter ventures into enemy territory—and falls for the wrong woman.

Against his better judgment, Jesse Hallow follows a demon to Everdark, smack in the middle of Di Fiore territory. The Di Fiore shifters are the Hallow hunters’ sworn enemies, but instead of getting the hell out of town, Jesse stays for the local Summer Solstice festival—where he ends up falling fast and hard for vibrant, mysterious Ana.

Ana Flowers senses she should stay away from Jesse. But he seems to see the real woman underneath her delicate appearance and bohemian hippie outfits, and she’s never had that before. There’s something about the fierce hunter that draws her in although she knows he could be the death of her.

Together, they embark on a dangerous hunt to stop the bloodthirsty creature as it leaves a trail of destruction in its wake. But their own dark secrets might just turn out to be the gravest threat, not only to their blossoming love—but also to both their lives.

Dry-mouthed, Ana woke to the chirping of birds outside her windowsill. Heat flared across her cheeks as she thought back on how thoroughly Jesse had loved her only hours ago. Unfortunately, he’d received a phone call soon after and had to return to his room to use the notebook he’d left there. She’d let him go reluctantly.
Padding barefoot across the cold tiles of her kitchen, she rolled his name around her mouth. Jesse Hannover. She couldn’t wait until she saw him again later that day. But the longer she repeated his name, the more it started to ring a bell, and a sudden coldness crept through her veins, dampening her good mood.
Where had she heard the name Hannover before?
Hesitating only for the briefest of moments, she called her brother, Alessio, the only one of her family she could really trust. How she wished he wasn’t half a world away in China.
He answered on the first ring. “Hey, little Adriana.”
She rolled her eyes. He knew exactly how she hated to be called by her full name. “Hey, yourself. I know you’re busy, but do you have a moment for me?”
“Always. Shoot.”
“Does the name Jesse Hannover ring a bell for you?”
“Good question. It sounds familiar, but I don’t know why. Why are you asking?”
Telling her brother that she just slept with a Jesse Hannover was out of the question. “I came across the name on social media and couldn’t stop thinking about it.”
“Wait a sec. I’ll check the database.”
Pacing the floor, Ana held on. Alessio had access to a database that listed anybody associated with supernatural activities.
Her brother cursed through the line. “You were right. Hannover is one of the Hallows fake identities. The youngest Hallow’s name is Jesse.” He groaned over the line. “Whatever you do, stay the hell away from him. As far as you possibly can. I don’t have to tell you what the Hallows are capable of, right?”
Her head started spinning, and cold sweat covered her forearms. “No. Thanks for checking. I need to go.”
Ana ended the call and sank down on her bed. The Hallows were rumored to be merciless, brutal slayers who eliminated everything supernatural and anyone associated with it, no matter if they were good or evil.
She cradled her head in her hands. She’d just exposed Darren to Jesse, before inviting the Hallow into her home and spending the night with him. The best night of her life.
If he found out to what extent she was involved with supernaturals, he’d go after her, too. And she wouldn’t be the first of her family to die by the hand of a Hallow.
Forbidden Hallow
by
Carolyn Reilly
@CReillyBooks
featured in
Wings of the Wicked
A Limited Edition Urban Fantasy Collection Kindle Edition 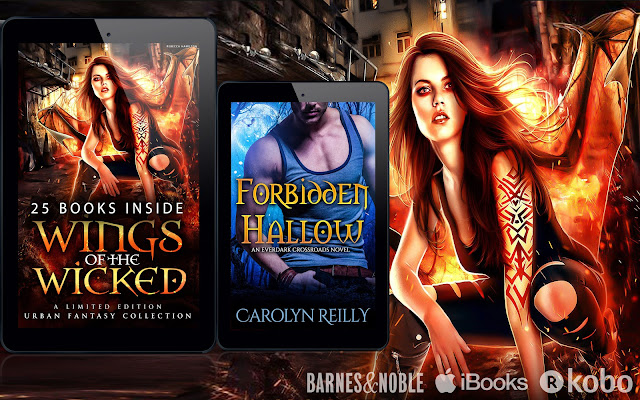