“Wings of the Wicked Excerpts: “Fragile Magick” by Heather Adkins 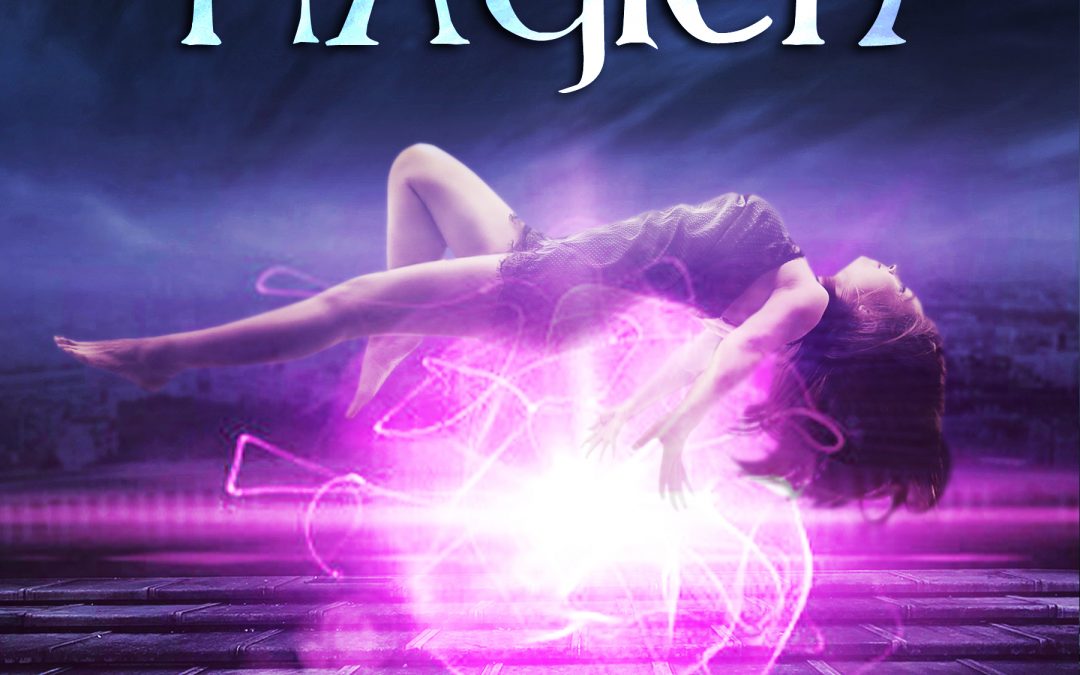 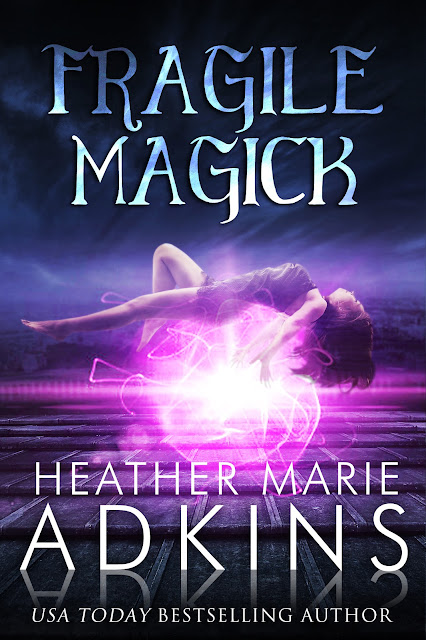 Blurb:
She’ll move heaven and earth to save her only family.

She’ll move heaven and earth to save her only family.

On Brigitta Holtzer’s 21st birthday, her father—one of the greatest witches of his generation—falls mysteriously, violently ill. To save him, Gitta must travel to the depths of hell accompanied only by a sexy, irritable vampire… named Scott.

To secure her father’s salvation, Gitta must risk her very soul and give up her freedom—not to mention expose herself to the darkness of her father’s hidden world, and the inkiest corners of her own psyche.

Nothing remains unbroken in FRAGILE MAGICK.

The narrow stone staircase sloped further at every turn,
until I had to hold the wall in one hand to keep myself from tumbling down. I
took step after step, the earth bearing down on me more with every sweep of the
staircase. I walked forever, until I felt the sun had risen above and the world
had turned on its axis to begin anew without me in it. Still, the staircase
went on.
When the end came, it was so abrupt I nearly fell over my
own feet on solid ground. I leaned against the wall, dizzy and
disoriented. A hallway stretched into an apex of night before me, my little
flashlight revealing nothing.
I fought back a thrill of terror and pressed on.
If the staircase took forever, the hallway took longer. An
entire age of mankind could have passed in the silent solitude of my journey. I
felt so outside of myself, as if I’d born, lived, and died to walk this tunnel.
I passed no cross tunnels. No doors. The never-ending coffin
of stone made my skin crawl until I was ready to claw my way to the surface
with only my fingernails.
“Fucking ridiculous,” I spat, kicking at the dusty floor.
Something about my voice steadied me. Reminded me I was real. “What am I doing?
Where the hell am I? Hello!”
My yell echoed. I laughed, a little hysterically, because it
was better to do that than cry.
Suddenly, a figure appeared in the hallway. I thought I’d
imagined it at first — a gray shadow with no substance, a trick of the eye
because I’d clearly lost my damn mind. But then the shadow blinked, and I was
no longer alone.
He was the most beautiful creature I’d ever seen. Messy
blond hair fell into eyes that shone mahogany in the light from my camera. He
was huge, taller than me by a head, wider than me by a world. Shadows painted
hollows on the sharp planes of his face, and he looked like someone’s
interpretation of classic beauty in blue jeans and a gray sweatshirt.
Then he slammed me against the wall.
Fragile Magick
by
Heather Marie Adkins
@hmarieadkins
featured in
Wings of the Wicked
A Limited Edition Urban Fantasy Collection Kindle Edition 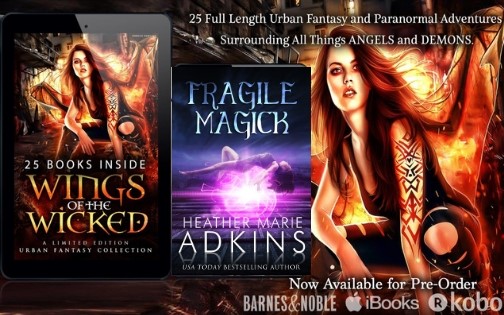