Wings of the Wicked Excerpts: “Heaven Can Wait” by Lynda Kaye Frazier 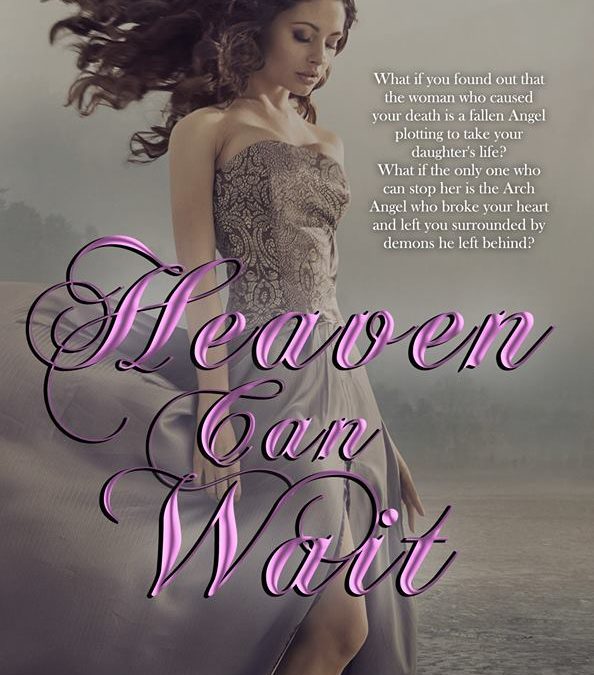 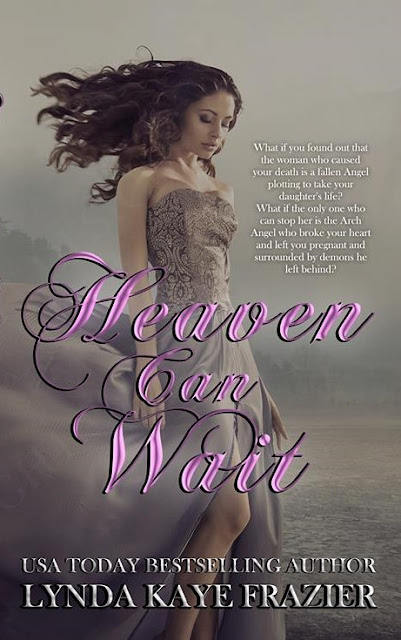 Blurb:
What if you found out the woman who caused your death is a fallen angel plotting to take your daughters life? What if the only one who can stop her is an Arch Angel who broke your heart and left you surrounded by demons he left behind?

Amy’s life was filled with heartache and loss. She searched for love, acceptance, and found it in a stranger, a drifter like herself. He loved her for her, but left, breaking her heart, but giving her a reason to go on. Amy struggled against the evil that surrounded her to protect her daughter. But lost her battle. Leaving her baby alone. She now fights God, and Michael, The Angel that broke her heart, to return to earth to protect her daughter from Satan himself. Will she be able to return home in time to save her daughter, or will a secret from her past keep her locked in her own private hell behind the gates of heaven?

Excerpt:
“I can’t be dead. Just look at me. Do I look the angelic type?” Amy’s words fell on deaf ears.
“Humor is welcome, but sarcasm isn’t, Ms. Waters. It would be good of you to remember that.”
Jacob wasn’t a push over like the others. That’s probably why she got assigned to him.
“You can’t keep me here forever you know. I don’t believe this is even heaven. Where are all the angels? Where are my parent’s? I think this is a weigh station for those who got here too early, like me.”
“Amy, we have been over this, many times. This is heaven. You are here for a reason and you are not ready to mix with the general public. You have much to learn yet.”
She didn’t plan on being here much longer and opened her mouth to voice that as Jacob slid a white leather-bound book across the table.
“Open this, and read the first few chapters.”
She flipped through it and gasped. “You can’t be serious. Happiness, peace. Where’s the chapter on fixing mistakes you’ve made? And I’m not talking about mine.” Her temper began to flair, but his golden light squashed it before she could let him have it. Not fair. She needed to go back. Her daughter’s life depended on it and would agree to any terms put before her. But there’s no chapter on returns either.
“This is a joke, right? You can’t expect me to be all pleasant and thankful when my daughter is in danger. Emma won’t be able to resist their ploy, fight their magic, she’s just a child. ” Amy hated the nightmare she found herself in. And wouldn’t be here if it wasn’t for Jenna, the witch that she was.
“I can’t stay. This was her plan and you know it.” Amy Waters wanted to throw anything she could get her hands on, but you can’t do that here. No temper tantrums or hissy fits. Peter made sure she knew that the day she arrived.
“Amy, you have been fighting us for months, and why?” Jacob passed in front of her. She hated how he made it all look so graceful, peaceful. She just wanted to pinch his holy head right off.
“This is a place people pray to go. Work their whole life to achieve. But all you want to do is fight, argue, tell us this was a mistake. You know he doesn’t like that.” Jacob stood tall before her. His presence calming, like a drug, but not today. Emma needed her.
“If it were under different circumstances then I would be overjoyed. But I was set up, put here against my will, It’s not my time, he knows that.”
Amy just wanted to scream. Emma always kept her grounded, calm, peaceful, and she saw the good in everyone, even Jenna. Amy knew when she found Jenna’s book that she was part of the dwellers. The dark ones Michael warned her of. They called themselves a church. But their worship wasn’t of anything Amy had ever seen. They tried to pull her in, but Michael saved her.
“He knows your situation is of special circumstances, but you’re here, so let’s make it work.” Jacob drifted towards the door. “Now read, I’ll return when you are finished.”
Amy dropped her head into her hands as that day replayed in her mind.
The rooms were filling fast, and the Ambulances kept coming with victims from the accident. Amy grabbed the next gurney and took the report from the EMT as they raced to the trauma bay. The driver, a woman, so young, was fighting for her life. Fear ravaged her face. She was gasping, trying to talk, pointing to the door. Her eyes widened and she grabbed Amy’s shirt, begging her to run. Amy shook off the feeling of dread as the patient stopped breathing. Amy grabbed the Ambu bag, turned on the oxygen, while the nurses started chest compressions. The paddles were ripped from the defibrillator and Dr. Jackson yelled clear. Amy jumped back, hands raised, but she was shoved forward, falling onto the stretcher.  Amy fought, but it was too late. Dr. Jackson pressed the red button on the paddles and the last thing she saw was Jenna, by the door, walking out of the room, invisible to everyone but her. The witch wanted Emma. Now she has her and Amy was helpless from up here.
Heaven can Wait
by
Lynda Kaye Frazier
@lynda_kaye
featured in

Wings of the Wicked 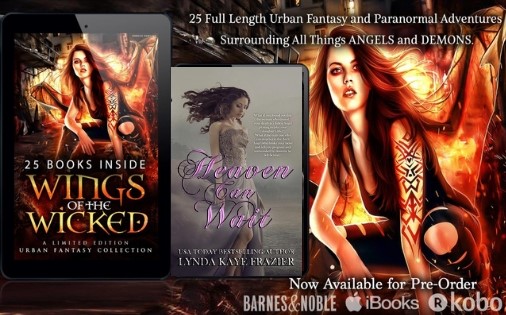