“Wings of the Wicked” Excerpts: “Soul Collectors” by LaVerne Thompson 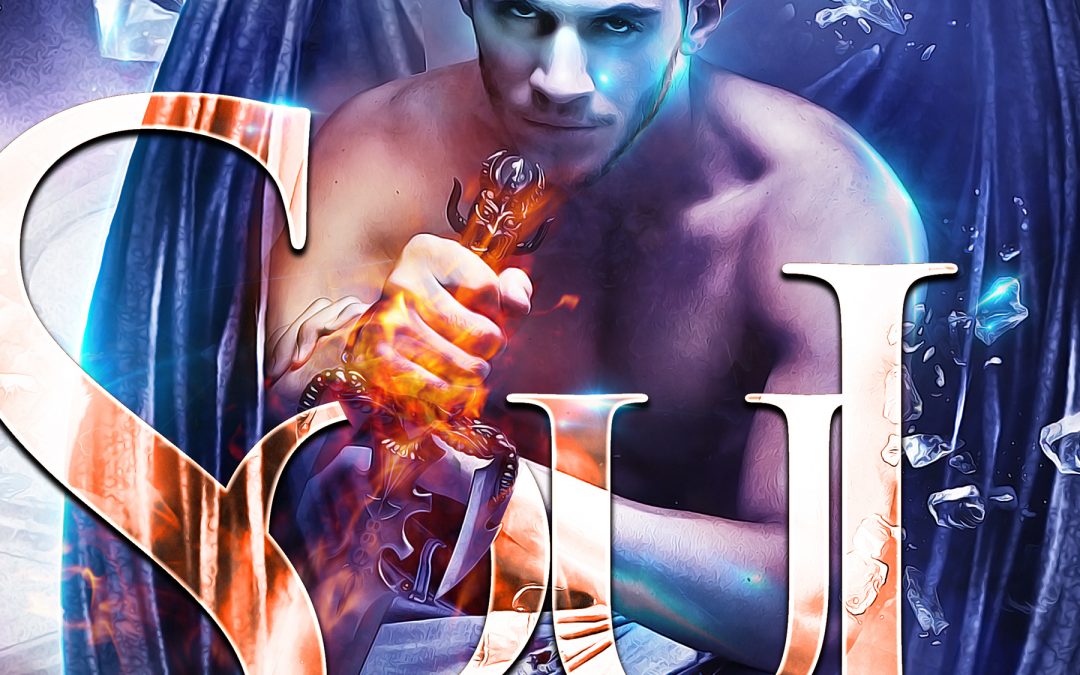 Blurb:
Betwixt heaven and hell a world exists called earth. Otherwise known as the battlefield for souls.
Angelique is an Angel Soul Collector.
She collects the souls of those who died in fear, anger and pain. She is there to bear witness to the suffering, give comfort and hope and determine if they are worthy of heaven.
Some choose not to go with her and instead thirst for revenge; those refuse to give up their earthly ties and she leaves them to their fates. Some find satisfaction and will be given another chance to cross over, but most doom themselves to wander the earthly realm for an eternity. The ones who surrender to her, to the light, she opens the doorway and escorts them to a better life.
But then there are the others.Nathanial is a Demon Soul Collector. He collects souls for his master from those who died in fear, anger and pain. Those who thirst for revenge he encourages to remain on earth and cause havoc. Others that have their names already written in his little red book he opens the gateway and shoves them straight into hell. For him it’s a job. He was born of a human father and demon mother and raised in hell to become a collector.
They are enemies. But once they were something else.

He didn’t know what he’d looked like to the mortal men but his rage burnt bright. He could see a red hue before him. The soldiers straightened, their mouths opened in shock and their eyes held a hint of fear, at the appearance of this seemingly young boy. One who radiated fire.
The men soon learned he was anything but human. No need to hide what he was any longer. He placed Angelique on the ground and drew the sword from the sheath he carried between the obsidian colored wings at his back. No need to hide at all. His hands glowed bright orange, the pain almost more than he could bear. Blood seeped from his palms, he used the power in his blood as he used his blade to channel powers born of hell. Red flame raced down the blade and shot hellfire, coursing unerringly toward the beating hearts of the men. Spreading the stench of burning flesh as they fell, leaving nothing but a pile of ash.
Soul Collectors
by
LaVerne Thompson
@lavernethompson
featured in
Wings of the Wicked
A Limited Edition Urban Fantasy Collection Kindle Edition 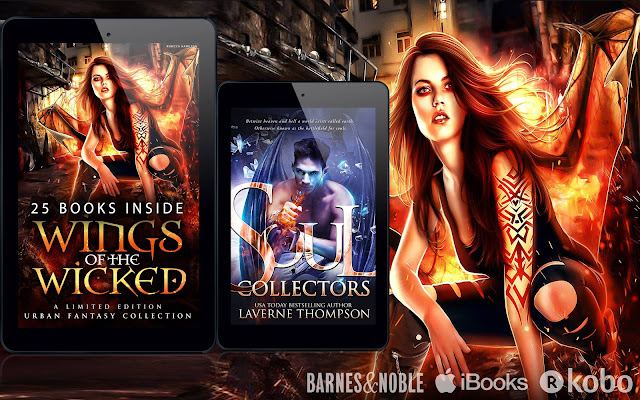