“Wings of the Wicked” Excerpts: “Unsuitable Companions” by Erin Lee 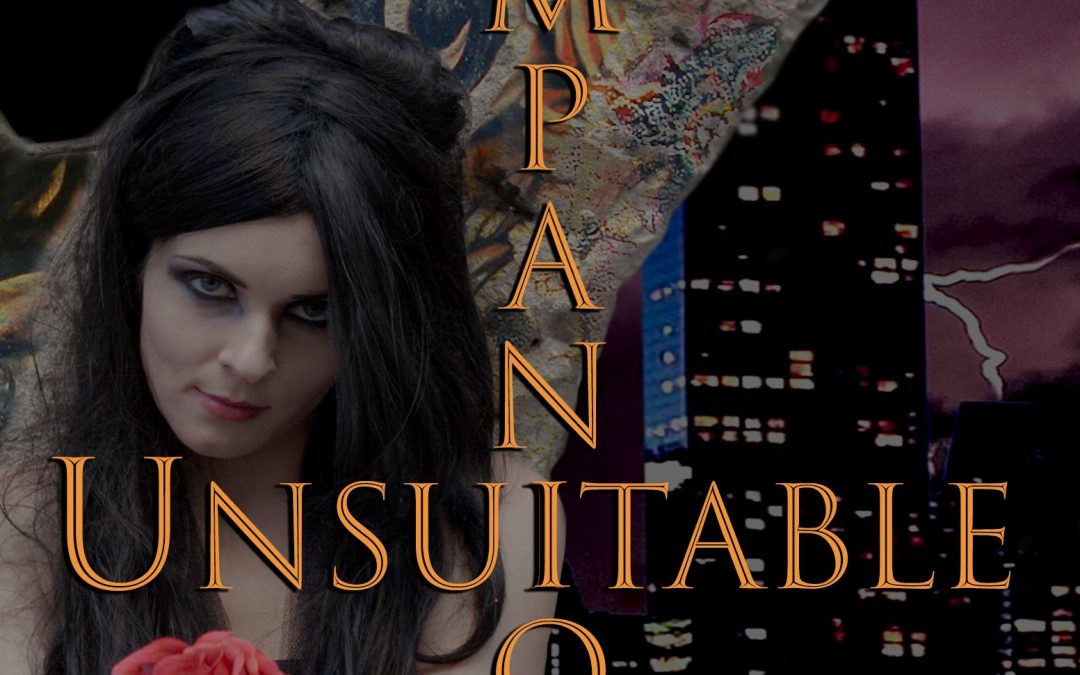 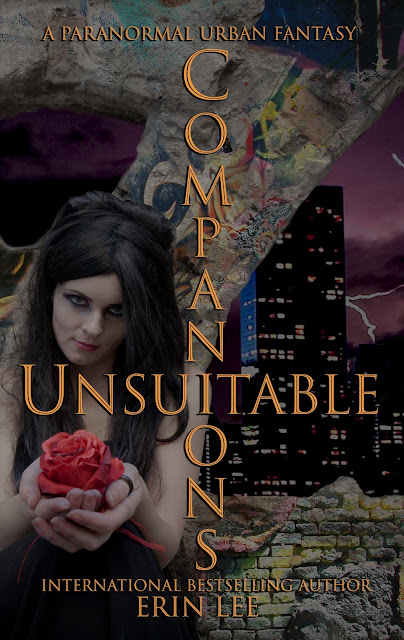 Blurb:
Free will is for both angels and demons too.
Sandra lacked the tools to identify a scorned soul when doctors handed her a perfect rosy bundle. She had no clue that her progeny, called Lilith, was actually a demon set on reclaiming her rightful companion. As years passed, the humble woman did her best to ignore doubts that crawled at her like the insects Lilith’s angelic lover obsessed over. Even then, she wanted to believe she was wrong and that Lilly was merely peculiar. But in the City of Eden, where all things seemed to begin and end, nothing was ever that simple.
In truth, Sandra knew. She couldn’t ignore it when her cunning spawn cut into adult life with a long resume of tools: Manipulation at the top, viciousness at the bottom, lies all over. Ordinary skills were unnecessary. Lilly could always find someone to do her bidding. A woman like Lilith didn’t need a helpful companion. She was nothing to the mortal she’d been created for. Neither was the woman, and Lilith’s nemesis, who’d come after her – Eve.

Adam, an athletic blond-haired graduate student studying the natural habitat of insects, had better things to do than listen to the brass words of a spoiled vixen like Lilly. This, of course, only enticed her. Lilith was willing to do whatever it took to earn her destiny. And, more importantly, this time, keep him in spite of Eve. But Adam had a few tricks of his own. He had learned to be cautious when dealing with temptation. Now, he merely sought a suitable helper. In the City of Eden, where all things are created, everything is possible.
There was only one thing no creator had ever accounted for: The vengeance of a determined temptress and the blurred turns of time to identify exactly who was who.


Eve smirked, reaching out her hand for Adam. Pulling on his thick arm with her other hand, she couldn’t resist, “Come on Adam. This is just too much. Tell me what it is! All this waiting is making me crazy.”
She’d tossed the next step right back at him, ignoring his suggestion to bring her glass. He knew she was wondering why they were headed for the studio as they’d promised no working today and the gallery wasn’t even open. Mortal man of the flesh or not, Adam wasn’t stupid. He picked up her glass, balancing it between the Chateau Lafite bottle and servant-made card in his one free hand.
“I won’t Eva—he liked calling her that when it came to serious matters simply because he could, and it made her twist her hair at the ends—you’ll just have to wait until I show you.” They walked in giddy anticipation to the entrance of the studio before Adam finally stopped. “Here, let’s fill up our glasses for the coming toast, shall we?” he asked, finally holding out the bottle and handing Eve her glass.
When the red juice was spilled perfectly into their glasses, they continued on toward the painting. Adam could almost feel the heat coming off Eve’s body and certainly his own. It was time.
“No way. Adam, no way,” she said, her mouth hanging open.
“Yes Eva, I’m going to break my own rule and show you. It’s time for you to meet yourself―the way I see you,” he left a dramatic pause to linger before continuing and motioning toward the veiled painting. And then, “I’ll show you…an angel.”
With that, he pulled the sheet off the unfinished painting.
Eve sucked in a sharp stream of air. She held it as she sipped at the myriad of colors on the thick canvas. She had no words as Adam watched for her reaction. He could not resist soaking up every nuance of her reaction: Her pink tongue wetting her lips, the way she moved with exaggerated steps to get closer to it, how she tilted her head just enough to tell him she was trying to make sense of it. Her blue eyes were wider than he’d ever seen them.
Finally, she released her breath with an audible gush.
“Oh. My. God.” Eve’s free hand came up with delicate a fingertip which she placed against her peach, lush lips. Now rooted in a small “O,” she tilted her head again, before repeating her words. “Oh. My. God.”
He had no idea what this moment would ultimately do to her – changing their destinies forever. He did not know that angels and demons both have free will…
Unsuitable Companions
by
Erin Lee
International Bestselling Author
@CrazyLikeMe2015
featured in
Wings of the Wicked
A Limited Edition Urban Fantasy Collection Kindle Edition 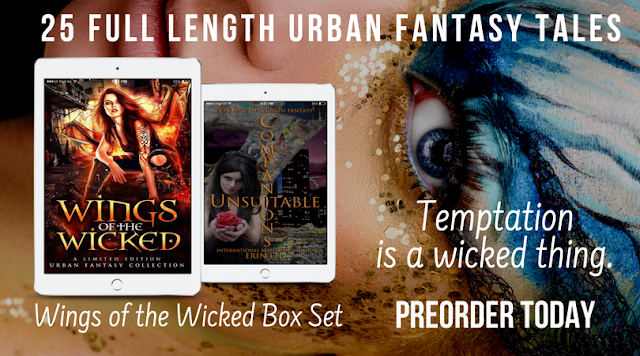